Under rumour, the Citroen DS4 Racing will be probably launch in 2014.

The DS4 Racing uses the 1.6-litre THP turbo engine. But Citroen Racing has uprated it to produce 256bhp and emit only 155g/km of CO2 for 45 MPG [unleaded].

The specific output of 160bhp per litre betters that of McLaren’s MP4-12C supercar, and is a record for any Citroen road car. Such an output would also make this the world’s most potent 1.6-litre.

The suspension has been dropped by 35mm, too – virtually cancelling out the DS4’s 40mm height advantage over the C4 – while the track is wider by 55mm at the front and 75mm at the rear.

Bigger 380mm front discs have four-piston calipers and sit behind 19-inch alloys. The roof gets a two-tone finish, while the rest of the paint is textured-effect matt grey. Carbon fibre trim is applied to the rear diffuser, front splitter and wheelarch extensions. 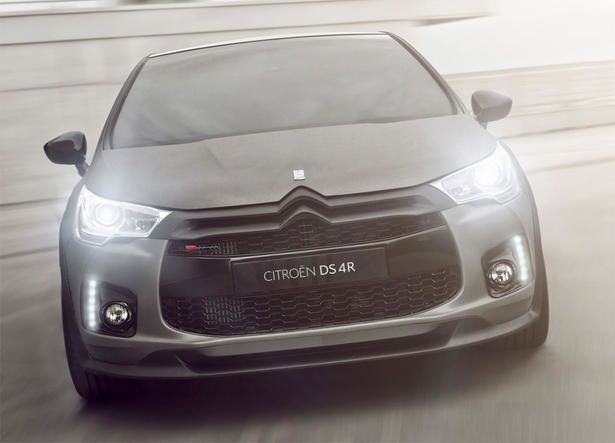