PEUGEOT and REBELLION are pleased to announce that they will be joining forces to tackle the challenges of the FIA World Endurance Championship (FIA WEC) and the Le Mans 24 Hours.
From 2022, the two companies will focus their shared passion for racing, their respective success in the discipline and their sporting and technological pedigrees on contesting world class endurance racing’s Hypercar class using hybrid power.

Their association is driven by their resolve to make PEUGEOT’s commitment to endurance racing and REBELLION’s move into the prestigious championship’s new era a success. In January 2020, the technical squad will lay down the project’s main lines, as Peugeot Sport and REBELLION Racing put the team into place.
Said Jean-Philippe IMPARATO (CEO, Automobiles PEUGEOT): “PEUGEOT has been behind some of endurance racing’s most memorable moments, with both petrol and diesel power. Today, we are turning our attention to a new adventure founded on hybrid-electrified technology. We were delighted to see how warmly the recent announcement of our participation in the series was welcomed, especially as this exciting shift in sporting and power-unit terms will accompany the launch of Peugeot Sport Engineered cars. I am very enthusiastic about this programme, especially as we will be working in association with a major partner. REBELLION’s proven passion, quest for perfection and performance credentials fit perfectly with PEUGEOT’s own values, which are exacting standards, sharp design and emotion.”
Said Jean-Marc FINOT (Director, PSA Motorsport): “The programme will kick off in 2022 and we are extremely happy to be teaming up with one of endurance racing’s big names. REBELLION Racing’s experience of the FIA WEC will be a big asset as we put together the strongest possible team for our programme, and this was corroborated by the team’s recent victory in Shanghai. The roles will be divided as a function of our respective competencies and all of us will be based at Versailles-Satory [near Paris, France].”
Said Alexandre PESCI (President, REBELLION Corporation): “I believe that the passion of our two companies speaks for us as a common and simple language. Together, we are going to build a car and team to compete in what promises to be a fiercely-contested championship as we seek to begin a successful record together.”
Said Calim BOUHADRA (CEO, REBELLION Corporation): “We are young, ambitious and ‘Rebells’! I am proud to see that we share the same values as PEUGEOT! The technical knowhow of Peugeot Sport combined with the experience of REBELLION Racing will be decisive assets to start this new era of endurance with ambitions clearly displayed.” 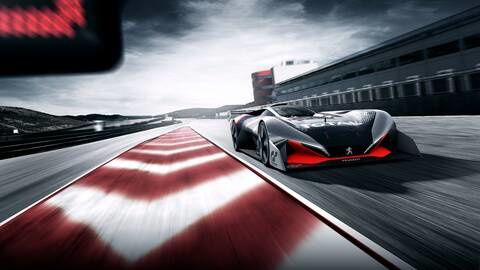