Citroën C4 Cactus won the "2015 World Car Design of the Year" award on Thursday 2 April, on the occasion of the New York International Motor Show. The jury of the "World Car of the Year" competition rewards the car that stood out in the course of the year, thanks to a design that challenges the established codes and embodies a bold and innovative style. With its audacious stylistic statements and a design that optimally reconciles the attractive and the functional, C4 Cactus succeeded in winning the most votes.

This international award recognizes the creativity and the courage of Citroën's designs. 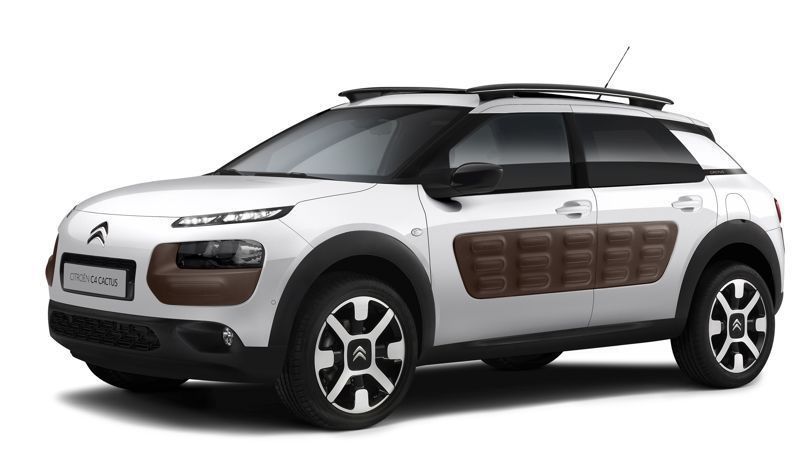 Alexandre Malval, Citroën's Style Director, had the honour of receiving the "2015 World Car Design of the Year" award for C4 Cactus at the New York International Motor Show. Each year, the "World Car of the Year" jury awards this prize to the new car with the most innovative design that challenges the conventional codes. C4 Cactus is a cool, optimistic and original car, with a unique personality, that offers a genuine alternative to conventional saloons. C4 Cactus is designed to reconcile practicality and a cool look. Its pure, smooth expanses are animated by graphical features that all serve a purpose, like the Airbump® or the light signature.

Citroën C4 Cactus has joined a list of illustrious prize-winners, which in recent years has included the BMW i3, the Jaguar F-Type, the Range Rover Evoque and the Aston Martin Rapide. And this was not Citroën's first success in the 11 year-old "World Car of the Year" competition. In 2006, C4 Coupé won the Design prize, and the brand has already figured amongst the finalists on four occasions. These repeated successes further underscore Citroën's reputation for styling. A unique style that appeals to everyone's imagination, even in countries where the brand is not marketed, with its immediately recognisable bodyshapes that have forged the history of the automobile.

Linda Jackson, Citroën's CEO, claimed that, "This prestigious prize rewards all of the Citroën brand's audacity and creativity. Citroën C4 Cactus does not look like any other car, precisely because it is a Citroën, and because Citroën's design is different and unique. It forcefully represents the identity of our brand. This is what customers expect from Citroën and this is why we have been so successful for more than 90 years. And there are more surprises to come!"

This major prize is the latest in a series of more than 30 international awards claimed by C4 Cactus since its launch. Recognition from both professionals and the general public, since more than 60,000 customers in Europe have already ordered a C4 Cactus and expressed their enthusiasm about this model.