Unveiled at the Paris Motor Show in 1974, the Citroën CX is celebrating its fortieth anniversary. It is remembered today as a bold, stylish vehicle with the ability to deliver creative responses to the issues of the time. The CX made its mark with advances in technology, including the turbocharged diesel engine, GTi version, and hydropneumatic suspension for new standards in comfort.

The Citroën CX was one of the last Citroëns sold in the USA and Canada. 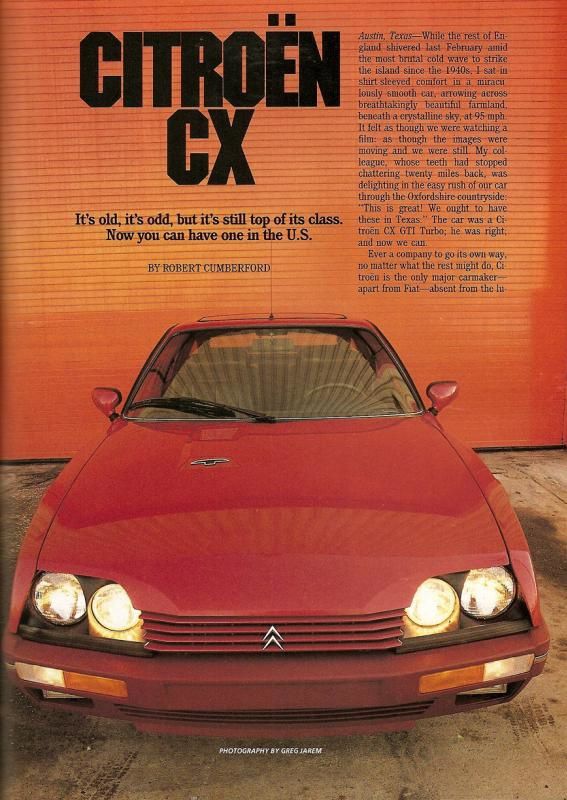 Citroën unveiled the CX 2000 for the first time at the Paris Motor Show in 1974. It quickly established a reputation for comfort, ergonomics and road holding, claiming the “Car of the Year” award, “Safety Prize” and “Award Auto Style” in its first year on the market.

Designed by Robert Opron, the CX was a two-box saloon, 4.63m long. It was the first saloon in Citroën’s history to ship with a diesel engine. With the CX, the Marque was able to conquer the European tourer market with an alternative to petrol engines. One year after the 1973 oil crisis, Citroën was able to demonstrate its innovative capacity and, even then, to show its concern for running costs, with engines meeting high standards in both driving pleasure and fuel consumption. The aerodynamics of the CX played in a key role in these efforts. The acronym CX in itself illustrated the vehicle’s low drag, (Cx being French for the aerodynamic coefficient Cd).

Over the next few years, Citroën continued to upgrade the CX with further technological improvements including an estate version in 1975, a 2400 GTi electronic injection sports version in 1977 considered as the fastest French tourer of its time and a Prestige version, 28 cm longer, in 1978.

Citroen CX in the USA / Canada

Recognised for its style and bold technical choices, the CX was also a highly comfortable car. It inherited the constant-height hydropneumatic suspension of the DS, for impeccable roadholding, as well as the power- operated self-centring steering system seen on the SM in 1970. The same high standards of comfort were visible in the innovations provided for easy use. For example, the C-matic torque converter did away with the clutch pedal, freeing up space for greater comfort. Also, the interior design placed particular emphasis on convenience, with a futuristic driving position, enabling the driver to access all the controls without releasing the steering wheel.

Further reflecting its innovative capacities, the Citroën CX was the first French car to be fitted with ABS brakes in 1985.

The CX was a huge market success, selling more than 1.2 million units up to 1991. Today, the Citroën CX lives on through the events and meetings organised by the CX Club de France and l’Amicale de France. At the same, time, the enthusiasm inspired by the YoungTimers, sports cars of the 1980s that are now collectors’ models, is giving a new lease of life to models such as the Citroën CX GTi Turbo. 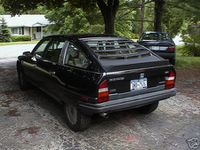 Citroën CX spotted in the USA or Canada !