The Peugeot 3008 Crossover and the 3008 HYbrid4 have been comprehensively restyled, with even greater levels of equipment available as standard.

After its world debut at the recent Frankfurt Motor Show, this versatile and desirable family car is now available to order, with first deliveries through UK Peugeot dealerships in January.

Since its launch in 2009, the Peugeot 3008 Crossover has attracted more than 500,000 sales worldwide – exceeding original projections by 50%. It has also won considerable critical acclaim from the motoring press, notably winning the prestigious What Car? ‘Car of the Year’ in 2010, and many other accolades since.

The 3008 Crossover’s unique appeal lies in its considerable practicality and flexibility. Combining the space of an MPV, the practicality and high seating position of an SUV and the convenience and driving dynamics of a hatchback, it ticks all the boxes for the modern family motorist.

The Peugeot 3008 is also a pioneer for more environmentally aware motoring, offering owners the world’s first diesel/electric powertrain in a Crossover. This innovative technology – HYbrid4 – has won over many customers, representing 10% of 3008 sales globally.

From January 2014, all versions of 3008, including the accomplished HYbrid4 version will benefit from extensive mid-life updates with a re-styled appearance. The enhanced visual appeal and new features bring the car into line with recent Peugeot models that include the 208, 2008 and New 308.

The distinctive character of the Crossover’s nose has been redesigned with a bold new grille and fog light surrounds, both edged in chrome. The headlights feature a new LED signature and chromed projector components.

On higher trim-level models, the 3008 is specified with Xenon headlights with automatic height and directional adjustment. Overall, it’s a softer, more modern and visually streamlined nose, and the contempo

rary feel also extends to the rear of the car. New light clusters feature a dark tint, while the three ‘floating claw’ LED lamps have a sharp new design and appear to emerge from the lamp with a 3D effect.

The 3008 range is offered in a choice of nine colours among which is Ruby Red, a new shade. On the 3008 HYbrid4, six colours are available, now including Shark Grey.

Inside, the ‘Head-Up’ display now features full-colour imagery, with separate shades for different information – white for the vehicle’s current speed, orange for the speed limiter, green for the cruise control and red for the Distance Alert. A new reversing camera also makes manoeuvres easier by displaying the area immediately behind the vehicle.

Specification on the Peugeot 3008 Crossover has been boosted by desirable features which are now standard on Peugeot’s familiar three trim levels – Access, Active and Allure. Bluetooth connectivity for smartphone and music players is now included on every 3008, while electric folding door mirrors have been added to Active models. Peugeot Connect Navigation and the new reversing camera are standard on Allure. 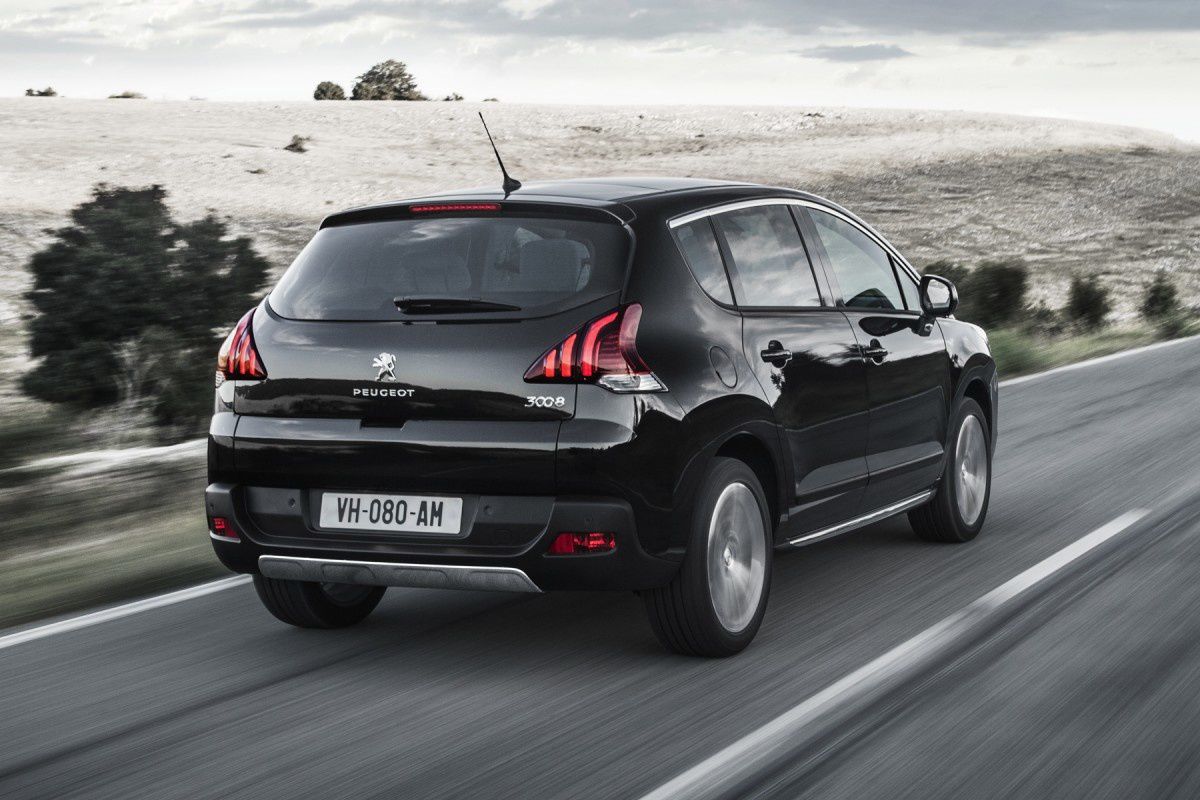 A wide range of petrol and diesel models is available, including those with Grip Control for enhanced all-season traction.

The HYbrid4 was the world’s first diesel/electric full-hybrid Crossover, combining a 2.0-litre 163bhp HDi FAP diesel engine driving the front wheels with a 37bhp electric motor acting on the rear. Four drive modes – Auto, ZEV, 4WD and Sport – allow the user to prioritise different styles of driving as the terrain and conditions allow. It’s a genuine breakthrough in terms of lower fuel consumption and CO2 emissions, with impressive performance figures of 69mpg and 88g/km respectively on the Combined Drive Cycle.