Following its presentation at the Frankfurt Motor Show in September 2013, and its debut track run at La Ferté Gaucher, near Paris, France, the Spark-Renault SRT_01E broke new ground by making its first dynamic public appearance. The Spark-Renault SRT_01E made its first dynamic public appearance in Las Vegas, USA, in front of a crowd of technology fans at the Consumer Electronics Show (CES) in Las Vegas, Nevada, USA. The car was in the hands of Brazilian racing driver Lucas di Grassi who drove along the Las Vegas Strip before moving on to Mandalay Bay in the centre of the city. 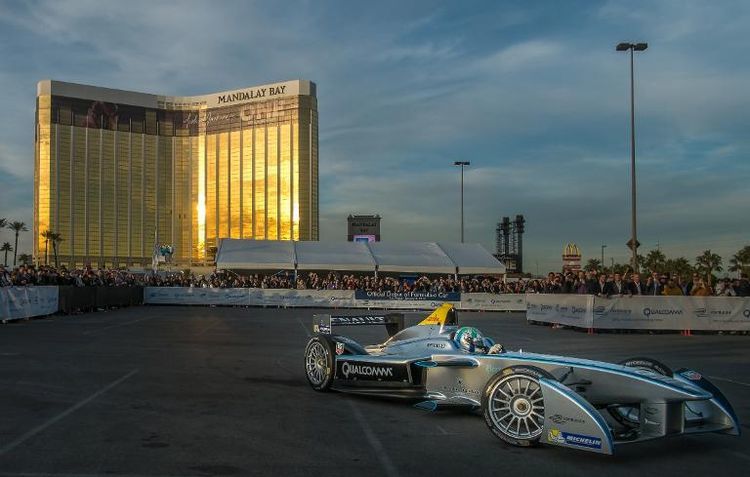 The demonstration run was confirmation that the visionary idea of fully-electric single-seater race cars is today very much a reality to which Renault, as a technical partner, has made a significant contribution thanks not only to its winning record in motor racing but also to the lead it enjoys in the world of electric vehicles.

Said Renault Sport Technologies CEO Patrice Ratti: “Everybody at Renault is very proud that we were able to show the 100% electric Spark-Renault race car in driving conditions for a very tech-savvy crowd in Las Vegas. The work that has been done by all technical partners over the last few months has been fantastic and the car lives up to Renault’s high competition standards. We are very happy about the result so far and our engineers will keep working with Spark, Dallara, McLaren, Williams and Michelin to further improve the Spark-Renault SRT_01E so that all teams can compete with an amazing 100% electric race car when the championship begins.” 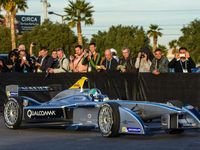