At the extraordinary Central Works Council meeting today, PSA Peugeot Citroën unveiled plans to develop its Heritage activity. The plans has been approved by 18 votes out of 19.

Heritage encompasses PSA Peugeot Citroën's rich history, with its brands, products, and industrial and technological expertise. It offers a way of preserving the past and showcasing the different facets of the Group's identity as well as those of the Peugeot, Citroën and DS brands worldwide.

The association will remain faithful to each brand's identity by continuing to organise special events for the general public and car enthusiasts alike under the Aventure Peugeot, Citroën Héritage and DS Collection banners.

Xavier Peugeot, current president of Aventure Peugeot and head of product planning at Citroën, will continue to serve as president of the new association.

PSA Peugeot Citroën has demonstrated its commitment to the project by appointing two of its directors - Carlos Tavares, Chairman of the PSA Managing Board and Xavier Chéreau, Executive Vice President, Human Resources - to the association's Management Committee and endowing it with a multi-year, renewable grant. The association, which will have a dedicated team of employees who will centralise and coordinate the existing activities (Aventure Peugeot, Collection de l'Aventure Automobile (CAAPY), Conservatoire Citroën and Fonds de Dotation Peugeot pour la mémoire de l'histoire industrielle) with the goal of developing commercial activities in the heritage sector.

Commenting on the plans, Xavier Peugeot said: "By becoming Aventure Peugeot Citroën DS, the association takes on a new dimension and opens up new avenues for the development of activities related to the history of the Group and its brands. I am extremely proud to continue my commitment to the association in its new format, which recognises the hard work put in up to now by all of our automotive enthusiasts."

Carlos Tavares, Chairman of the Managing Board of PSA Peugeot Citroën said: "After a difficult period, PSA is taking charge of its future thanks to our employees' endeavours and the disciplined rollout of the Back in the Race plan. A brand's success lies in the strength of its history, so we must take care of our roots in order to build our future. And as an enthusiast for cars of the past, present and future, I am delighted to play a role in this ambitious project." 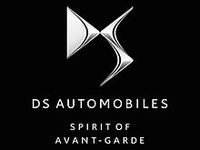