Some 26 years after its previous success on the epic event, Peugeot has won the Dakar Rally for the fifth time in the French marque’s history. The two-wheel drive Peugeot 2008 DKR has triumphed with its most illustrious crew on the event: Stéphane Peterhansel and Jean-Paul Cottret.

This victory is the latest chapter in a compelling story of motorsport success for Peugeot, which includes four Dakar wins in Africa between 1987 and 1990, as well as success in various other events that include the Le Mans 24 Hours, Pikes Peak and the World Rally Championship. This win will go down in history for Peugeot, which triumphed at only its second participation in South America. A total of three Peugeot 2008 DKRs reached the finish ramp.

An overall result like this would never have been possible without all the team members helping each other, or without those real heroes in the shadows: the indefatigable mechanics.

Cyril Despres, who drove an excellent rally in only his second participation on four wheels and contributed to one of Peugeot’s seven one-twos, also became a guardian angel for his team mates, helping them out of trouble on more than one occasion. These made for powerful images, which have contributed to the Dakar’s legend of sportsmanship and fraternity.


“MR DAKAR” STRIKES AGAIN
The duo of Stéphane Peterhansel and Jean-Paul Cottret in the number 302 Peugeot 2008 DKR called upon all of their experience to seal another win at the finish ramp in Rosario. This is not only their sixth win together, but the 12th win in total for Peterhansel – a six-time Dakar motorbike winner – 25 years after his debut triumph. The Frenchman has further extended his winning record and ensured that his status as ‘Mr Dakar’ is beyond doubt.

A CRACK TEAM
With a 9500-kilometre route in two weeks through Argentina and Bolivia, taking in extremes of weather and altitudes that peaked at 4800 metres, Team Peugeot Total took on a fearsome challenge with one of the most accomplished line-ups ever seen in Dakar history. With 17 Dakar victories between them, the crews of Stéphane Peterhansel/Jean-Paul Cottret, Carlos Sainz/Lucas Cruz and Cyril Despres/David Castera were joined by nine-time world rally champions Sébastien Loeb and Daniel Elena, making their debut on the event.

A TECHNICAL CHALLENGE
All the crews gave it their best shot at the wheel of the Peugeot 2008 DKR. Peugeot’s engineers learned several valuable lessons during their first participation in South America last year, and worked non-stop ever since to improve the car. Lower, wider, longer and more powerful, the new Peugeot 2008 DKR didn’t take long to show the extent of its potential. The car kept faith with its two-wheel drive configuration against the traditional 4x4s, and was instantly at ease on every type of surface, underlining the effectiveness of the technical choices that were originally made.

TWO WEEKS OF UPS AND DOWNS
The Team Peugeot Total crews claimed the lead of the rally right from the first proper special stage. Using all of his traditional rallying expertise, Sébastien Loeb was the first to claim a stage win, but Stéphane Peterhansel and Carlos Sainz were very close behind. During the first week the Peugeot 2008 DKRs consistently occupied the top three places, thanks to six one-twos and two one-two-threes on the six stages run, inspiring the whole team. By the time the rally reached the rest day at Salta, following some challenging stages at high altitude in Bolivia, the top-three line-up consisted of Loeb, Peterhansel and Sainz.

The second week of the rally offered further adventures with a more varied route, taking in an increased amount of off-piste action and an itinerary through the dunes. Through this hazard-strewn terrain, both Sébastien Loeb and Carlos Sainz bid farewell to their hopes of victory, because of a roll and a mechanical breakage on stage 10 respectively. Cyril Despres had already been delayed on stage five with a turbo problem, so it was Stéphane Peterhansel who emerged as Team Peugeot Total’s main contender for victory.

The Frenchman won a crucial stage through the famous Fiambala dunes, and then seized the advantage on the 10th of 13 stages, with a cushion of one hour at the head of the field. He then just had to manage that advantage all the way to the finish.
Next stop: Dakar 2017!

TEAM QUOTES
Bruno Famin, Peugeot Sport director
"The results have surpassed our expectations because we came here just to show the performance of the car. And we’ve achieved that objective well throughout all different types of conditions. That goes to show that we have accomplished the technical mission that we set ourselves. We’ve nonetheless found a few small mechanical issues, which show us that there is still a margin of progression left in our Peugeot 2008 DKR. We’re absolutely delighted with this result and we hope to confirm it again next year – maybe even by aiming for a one-two-three."

Stéphane Peterhansel (driver of the winning Peugeot 2008 DKR)*
"This is a huge satisfaction for us. Before the start, a result like this was far from guaranteed. My feeling was that the team was still a bit young, but in fact everything came together extremely well. We had the nice surprise of seeing that our car was extremely competitive throughout the WRC-style stages. I just tried to stay in touch during those days, knowing that Carlos and Seb were quicker than me. We drove a clean rally with one day of maximum attack, and then we found ourselves in the lead with a very comfortable margin: 50 minutes with just three days to go. After that, it was just a question of looking after that gap as intelligently as possible. When I was competing on my very first Dakars as a bike rider, I dreamed of one day driving for Peugeot. To have joined the team and won with them is a massive source of satisfaction for me."

Jean-Paul Cottret (co-driver of the winning Peugeot 2008 DKR)*
"We’re delighted to have brought this Peugeot 2008 DKR to the top step of the podium. It’s a great reward for the whole team, which has worked so hard for two years. After a year of learning, we’ve now achieved victory. It’s a great result, so a massive thanks to everyone." 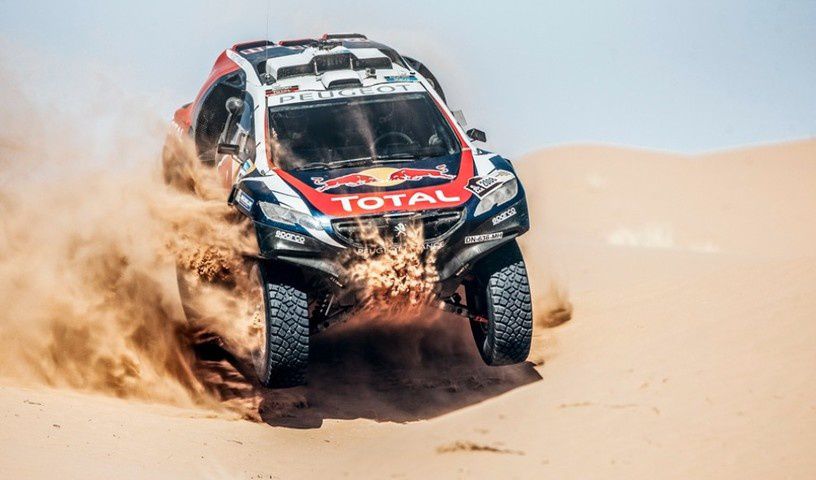 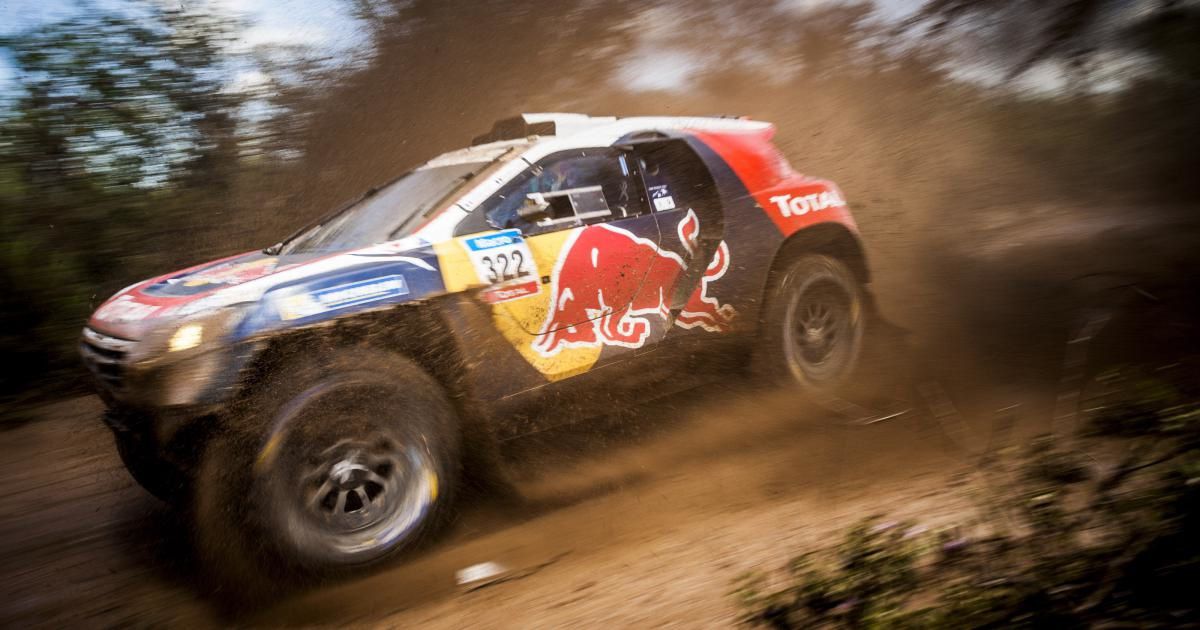