The 'Greatest Ever Hot Hatch' was unveiled by triple BTCC Champion Matt Neal at the Performance Car Show following a comprehensive selection and reader voting contest, revealing the overwhelming winner was... the giant-beating Peugeot 205 GTi.

The top-ten finalists are being displayed as part of new 'Hot Hatch Nirvana' display at the Performance Car Show which is part of Autosport International, held at the NEC (National Exhibition Centre) in Birmingham between the 14th and 17th January. A must-see display called 'Evolution of the Hot Hatch' features an unrivalled collection of iconic cars that have come to define and evolve the genre over decades. Hot hatches hold a special place in the hearts of many, and the Performance Car Show is presented by Landsail Tyres in association with Autocar and PistonHeads.com.

Following a global poll, the Peugeot 205 GTi emerged as the winner and was duly crowned the 'Greatest Ever Hot Hatch'. The 205 GTi saw off some of the most popular hatches of all time to claim the accolade, having been part of a shortlist of 50. This shortlist was drawn up by a group of renowned automotive experts from two of the UK’s most respected and notable motoring titles.

Autocar’s Editor-in-Chief, Steve Cropley and Road Test Editor, Matt Prior, PistonHeads.com Editor, Dan Trent as well as Autocar Contributing Editor and overall curator, Richard Bremner came together to compile the list of contenders, which then went to a public vote.

The final top 10 features some of the most iconic and desired cars of the last four decades. The Lancia Delta HF Integrale Evolution 1 finished as a worthy runner up to the 205 GTi, while the most recognised Ford Escort of all time - the RS Cosworth from the mid-1990s - completed a prestigious podium.

Hot Hatch Nirvana curator Richard Bremner said of the winner: "The Peugeot 205 GTi was unbeatable for its sheer rev-happy, go-hard verve and subtly perfect styling. Lightning-quick gearshifts, urgent power delivery, blade-sharp steering and deliciously driftable handling made the 205 an overnight hot hatch king. And it was practical, too. For many it has never been bettered as its victory in this Pistonheads and Autocar readers’ vote confirms."

Mark Pickles, Peugeot UK Marketing Director, commented: "Peugeot is blessed to have a rich and extensive history, with a portfolio of iconic cars. They remain accessible and true to our values of motion and emotion. The 205 GTi was launched in 1985 and the enthusiastic following it has enjoyed ever since still influences the affection for the brand, most notably with the GT and GTi models we offer in our current line-up. The selection and reader survey to find the ‘Greatest Ever Hot Hatch’, announced at the Performance Car Show has showed the Peugeot 205 GTi to be the overwhelming winner, and we couldn’t be more delighted."

As well as a top ten of public-voted hot hatches, visitors to Hot Hatch Nirvana at the Performance Car Show can also see a display called Evolution of the Hot Hatch, which will feature 10 hot hatches that have defined the genre for more than the last forty years. The display will take visitors on a wonderful journey, covering all of the key hot hatches that have moved the game on time-after-time. One of the latest models displayed, fittingly, is the 308 GTi by Peugeot Sport. 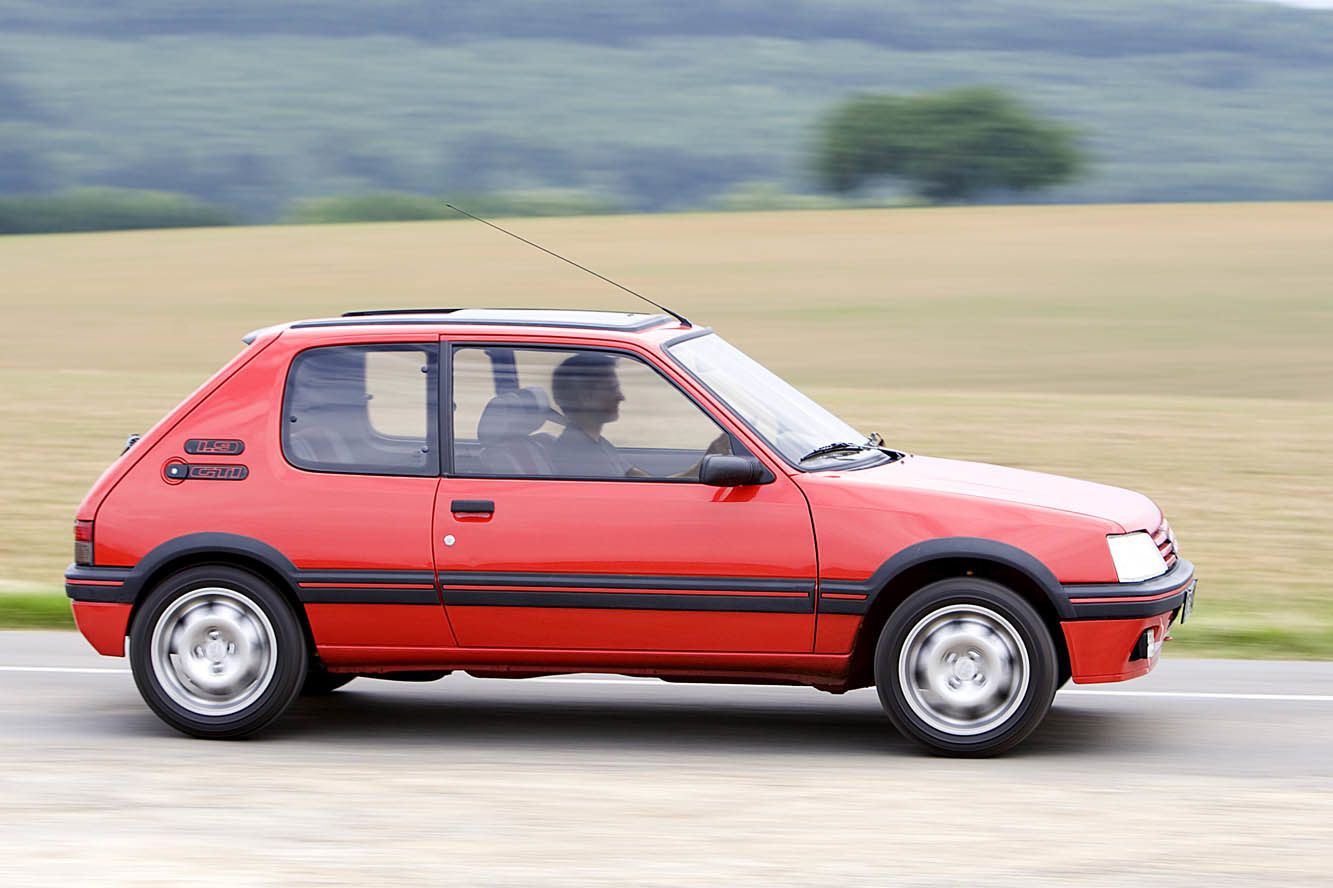